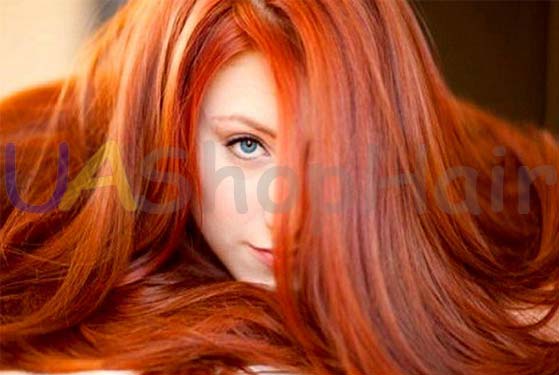 The number of red-haired people on the planet does not exceed 2% of the total population. The human race with a fiery head of hair have fair skin, easily burnt by the strong sun. Often they have green and bright blue eyes, constitute an amazing contrast with the white skin and bright hair. They are the most frequent "carriers" of freckles, which can manifest themselves as a point, and fully cover the face, shoulders, chest.

How to treat people with red hair before.

The Greeks believed that redheads transformed into vampires at the end of the earthly path. The Egyptians considered them to be witches who should be burned at the stake. Alchemists believed that for the most powerful spells will be human fat of the unusual (ginger) people. In any case, such people were afraid, and in some places persecuted. Such children were shunned, and they grew up, forced to defend their right to exist. That is why the representatives of homosapiens with red hair often quarrelsome character, a strong desire to "break into people" and prove their exceptional talent, mind.

Today, redheads are valued for their bright appearance: they are often removed in advertising, offer roles in the movie, modeling business. This is based on human curiosity, which is able to draw attention to the object and process, different from the accepted standards.

The nature of the deviation.

Unusual hair color is caused by a mutation of the gene MC1R, located in the 16th chromosome. The shade of red varies from Burgundy and almost orange to copper tone. The main feature is the considerable concentration in the body pheomelanin and a small dose eumelanin (the latter is responsible for the production of dark pigment).

Scientists have been looking for the causes of such a genetic failure for a long time. There were versions concerning the arrival of space aliens, acts of "unclean" conception during women's menstruation. More plausible was the hypothesis of a relatively close neighbourhood of the ancient people and Neanderthals (it has been proved that paleotropic was red).

There is no doubt that two red-haired parents children will get hair of the same color, except with a slight change in the intensity of the shade. But sometimes in families where the spouses are black, chestnut, white hair, can appear "fire" the heirs. Especially surprising when a red baby appears in a family of Africans. Previously, this was considered the result of adultery, but it is known that African genes are the most persistent in the reproduction of offspring. Therefore, it should be borne in mind the version of genetic memory, as a result of which the mutation can manifest itself in several generations.

What do you say red hair.

1. Forced to win their "place under the sun", these people need temporary isolation from society. They like complete loneliness, during which there is an accumulation of vital energy inside.

2. Impulsive, impatient, they are almost never calm and faithful.

3. Opinions of scientists are divided: some believe that the "red" genes will disappear in a couple of centuries. Others argue that looking at the Irish, the inhabitants of Udmurtia, the mutation is very persistent, so the "fire" individuals will continue to reproduce their own kind. And if we consider that 20-30% of people at the level of chromosomal memory such genes can persist for tens and hundreds of years, all sorts of assumptions about the hypotheses concerning the complete transformation of genes.

How can I help you?