The history of the Perm. 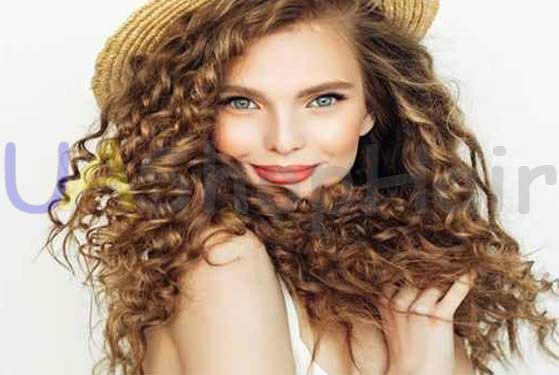 Waves styled hair was the admiration of women of all ages. The history of the emergence of perms silent many unsuccessful attempts of a ladies dreams. However, the most significant of the experiments managed to survive to the present day.

In the times of Ancient Egypt.

The desire to Shine curls arose among the elite in the 3000-ies BC. Servants used the sweet water, twisting the strands of the gentlemen on the ceramic cylinders. There is another method: iron calamity heated over the fire and quickly twisted around their long hair, their owners. The imperfection of the method of caused burns to the servants and the discontent of the rich.

In the middle ages came up with how to curl wigs to keep them curly for a long time. Wind the strands on curlers, the wig was placed in an alkaline solution. The result is a very rigid buckle, by which sweating head and got a nasty insects.

What Europe came up with.

By the end of the XIX century, Marcel from France invented Curling irons. Work accelerated, but for a long time to fix the result did not work. The slightest moisture – and the hair took the original condition.

Karl Nessler from Germany in the early XX century proposed a new concept of hot Curling. He moistened his hair with a invented solution, used bobbins for Curling, which were heated by an electric apparatus, and on top of the hair he covered with a persistent chemical agent. The slightest carelessness led to burning hair and burns to the scalp. But Carl experimented with his wife's hair for a long time, so he learned how to carefully manage the process and had a series of clients in his own hairdressing salon.

The desire to simplify the process and make it safer led to the creation of "cold chemistry". The technology was based on the use of a composition that changes the characteristics of the hair. They became digicast sodium, and the binder were made by a solution with hydrogen peroxide content. So it became possible to adjust the size of the curls, add curls short and long hair, to abandon electrical appliances.

Standard Perm in heat dryers , which appeared in the 30s of the last century in our country, did not give room to imagination. The experiments continued. Masters have learned to create:

An important discovery was the discovery of carving. It is performed using a chemically gentle means, therefore, gives less stable results on the duration of wearing curled hair. A feature of the technology is the external fixation means without absorbing his hair.

Perm was, is and will be.

Women today and in the future will be subjected to their hair experiments to get a new image. Sometimes changing the format of the hairstyle leads to dramatic changes in appearance, allowing you to forget about the internal complexes or certain aesthetic defects. Such people start life "from scratch".

Uashophair will help those who want to plunge into the world of new hairstyles, add the image of the missing color and spicy charm.

How can I help you?